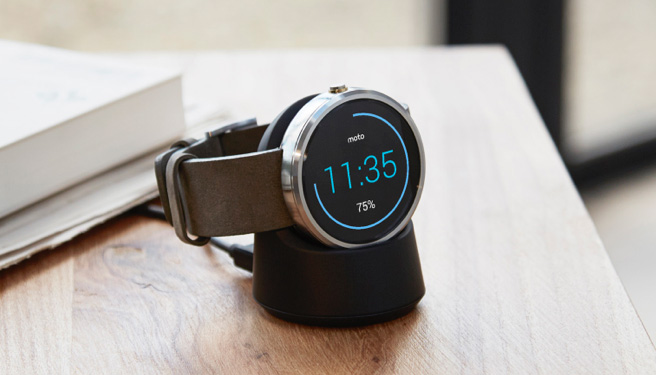 Google,tempted all with Moto 360 at the Google IO 2014. After a marginal wait today, the device is available for $249 on the Play Store, in the United States.

Moto 360 current version comes with a leather band, which will be a Motorola Accessory for just $29.99. The device weighs quite lesser than its competitors.

Moto 360 sports a 1.56-inch 320×290 display, which a 205ppi, ported on a 46mm diameter circular display. The device sports a 320mAh battery that promises to give the user an all-day battery life. For users comfort Moto 360 comes with a wireless charger with a dock.

The design is sleek and elegant and can be termed as one of the best smart watch available in the market.